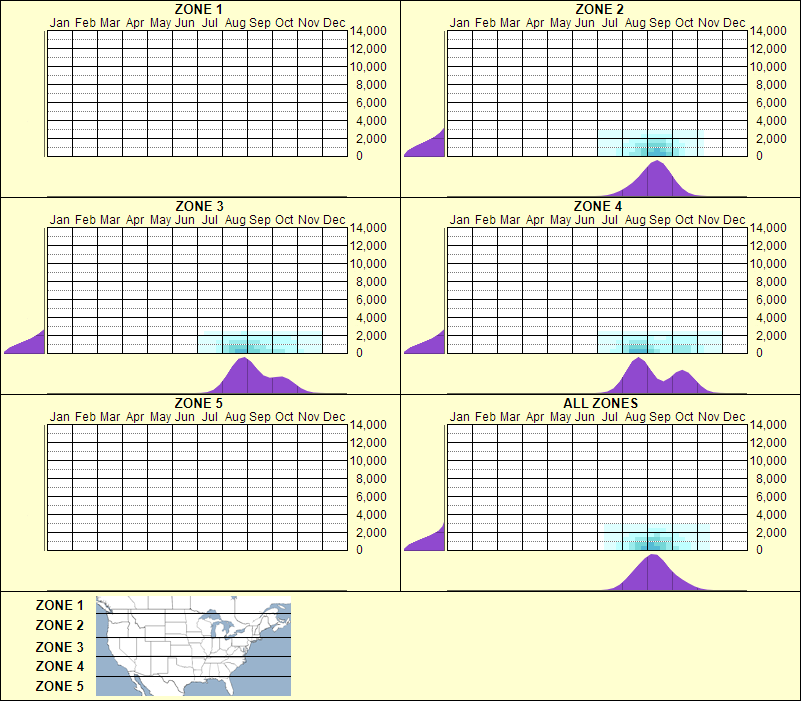 These plots show the elevations and times of year where the plant Pseudognaphalium micradenium has been observed.